Elvgren’s pin-up work began in 1937 when he was hired to paint calendar pin-ups for the Louis F. Dow publishing company. As his pin-up work found success, the U.S. entered the Second World War. Troops began to reproduce Elvgren pin-ups as nose art on the side of airplanes, further popularizing both his art and the interest in pin-up ladies.

Shortly before the war ended in 1945 Gil moved from the Dow publishing company to Brown and Bigelow. There he made more calendar pin-ups as well as ones for advertising clients, such as Coca-Cola and General Electric.

From the late 1930s to the 1970s, Gil Elvgren painted advertising for the world’s biggest soft drink company, Coca-Cola. Throughout those five decades, Elvgren’s art style became synonymous with the soft drink’s advertising, with the artist’s pin-up ads appearing in scores of mainstream magazines and in art displays on the sides of buildings. Young women saw Elvgren’s pin-up art in their monthly Cosmopolitan magazines, housewives in Good Housekeeping, and adult males in Esquire. Thanks to Elvgren’s ability to capture youth, beauty and enthusiasm, millions of consumers sought out an ice cold Coke to make them smile.

Elvgren was eventually sought after by rival soft drink company Orange Crush, who was trying to muscle in on Coke’s similar flavored Fanta brand. Gil worked freelance, and so he could also sell his services to OC. Today, the majority of Elvgren’s Orange Crush artwork survive only as cardboard advertisements, with the originals either long gone, destroyed, or the surviving few originals in the possession of collectors.

Gil Elvgren painting an Orange Crush ad featuring one of Elvgren’s pin-up beauties. The triangle-styled logo of Orange Crush is visible on the bottle that the pin-up is holding. 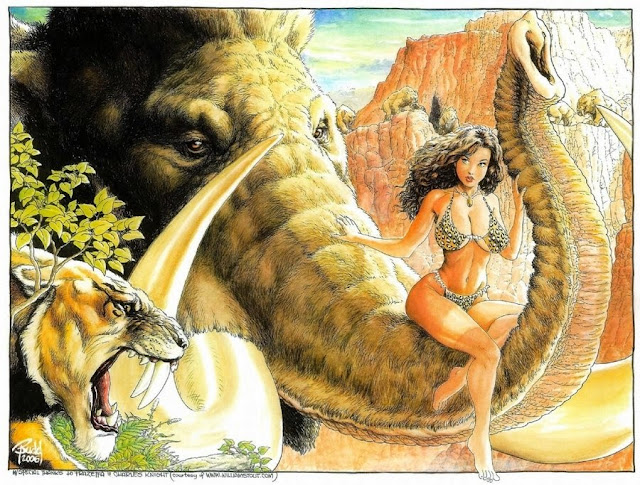 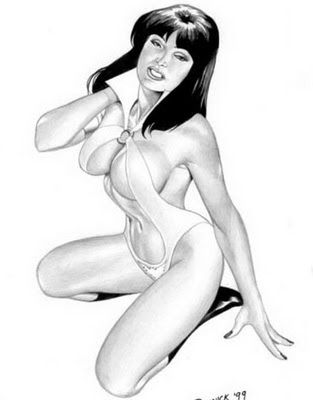