Tentacle pin-up art is a curious subset of the wider pin-up culture that has a devoted following. Perhaps it was a natural evolution from the 1930s pulp serial stories cover art which often featured women being menanced by underwater beasties, or just as often, outer space beasties.

Though the modern era of tentacle pin-up may have gotten its western start in the pulps of the early 20th century, it’s true origin may date back even earlier. In 1814 Japanese artist Katsushika Hokusai created The Dream of the Fisherman’s Wife, showing a female ama diver receiving pleasurable delight from a pair of octupues. The piece is widely accepted by art historians as the best-known form of shunga, which is Japanese illustrated erotica.

HP Lovecraft became a heavy influence on the more recent variants of tentacle pinup artworks. Lovecraft’s sunken demigod Cthulhu, his fish-faced minions that rise from the waters surrounding Innsmouth, and the ginormous insanity-laden Old Ones that lay out beyond the stars have all been perfect soil for pin-up artists to cultivate their talents in.

Basically, if the multi-libbed monster had some kind of tentacle that it could use to grab the pretty girl, or her clothing, then it was all fair game to play ball with.

Art by Will Murai

The fantastic elements of sword and sorcery fantasy settings also lend themselves well to tentacle pin-ups. The chained princess in a dungeon cell, looking forward in shocked amazement and fright at the nightmare advancing towards her, as in the example below.

More often than not, the women in the newer tentacle pinups are enjoying the affection from their repulsive suitor (usually off-panel.) These ladies aren’t seeking protection or rescuing. If anything, they’re enjoying spending some quality alone time with their special multi-limbed friend (with benefits.)

The tentacle pin-up art community seems to be running with the consensual relationship angle to these couplings. That makes much more sense since modern pin-up art incorporates empowering qualities in the model’s posing and situation/environment, and the choice of clothing and makeup styles. Viewed in that light, adding a few tentacles to the pin-up’s picture just means more things to hold (or caress, to squeeze, or to hug…you get the picture.)

Or if you don’t, you can see below:

So what may be at the root of tentacle pin-up culture? What sort of kink does it invite us to explore, or fantasize about?

Whatever the case, these tentacle pin-up creations certainly capture a fun — and sometimes a bit more risqué — expression of pin-up art.

What did you think of this article?

The World of Star Wars Pin-ups 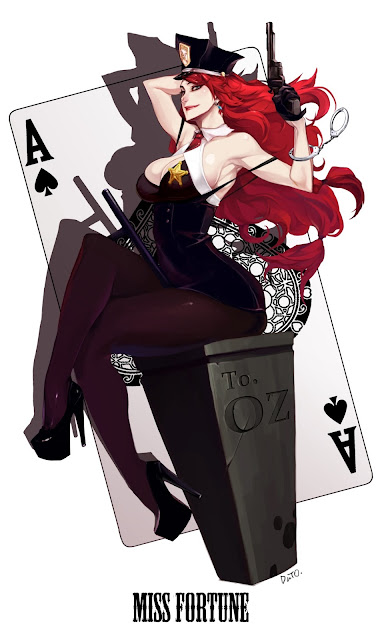 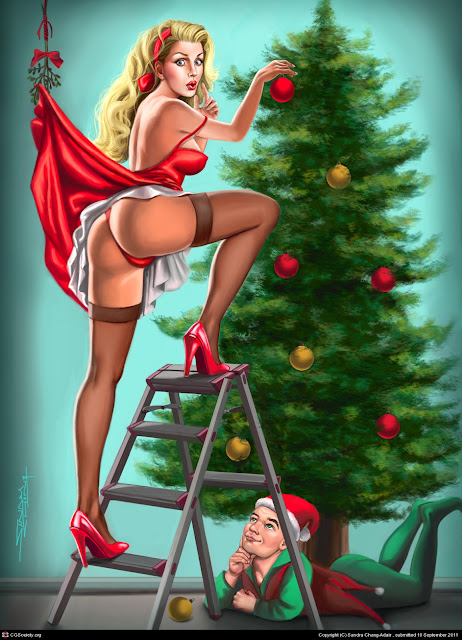