SourAcid is the pseudonym used by Karl Liversidge. A self-described student (of what or where we don’t know), SourAcid has caught a lot of attention from his pin-ups of Marvel and DC superhero women. Some of the pin-ups are in a more cartoony style, while others veer towards a stronger realism.

One of the skills that we admire about SourAcid is his ability to come up with functional and still cool revamps on the superheroes costumes. This pin-up of the Maid of Steel, aka Supergirl, is one of our favorites for a costume redesign. The way that her cape comes together at the neckline is elegant and modern. The detailing on her torso gives the suit a depth of realism and functionality of construction. And the splash of red trunks reminds us of the classic Superman costume, but done in a sexy but not over the top manner.

Also, Supergirl rocks that hairstyle. If any editors from DC Comics read this site, get this look into the comics!

A Harley Quinn pin-up affords SourAcid the chance to come up with his take on her tattoos.

A Black Widow design that isn’t afraid to take some steps away from Scarlett Johansson’s movie Widow look.

This Sailor Moon is a collaboration between SourAcid and Stanley “Artgerm” Lau, with the latter pin-up artist supplying the pencils.

One of a few pin-ups SourAcid has made of Wonder Woman. Did you spot the cheeky easter egg he planted in her design?

Karl has also dabbled with creating his own superhero. This is Pink Swan, the codename for a character he dreamed up named Chloe Rivers.

“Very tricky this one, but think I got the feel and read of things okay but definitely needing some more studies done to get things better,” Karl wrote about his creation.

And if you’re wondering what Pink Swan’s powers are, Karl gave her flight, super-strength, invulnerability and telekinesis. And, she likes bubble gum too.

A version of X-23, who has adamantium claws like her genetic father Wolverine.

You may not recognize them at first look but these are the all-grown-up Powerpuff Girls. SourAcid did two takes on depicting a more adult and edgier version of the child trio of superheroines. This was his second and later version.

See more of Karl/SourAcid’s work at his official website.

More of SourAcid’s other pin-ups. 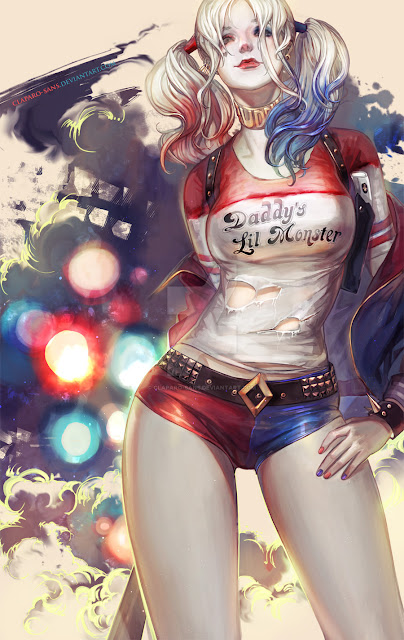 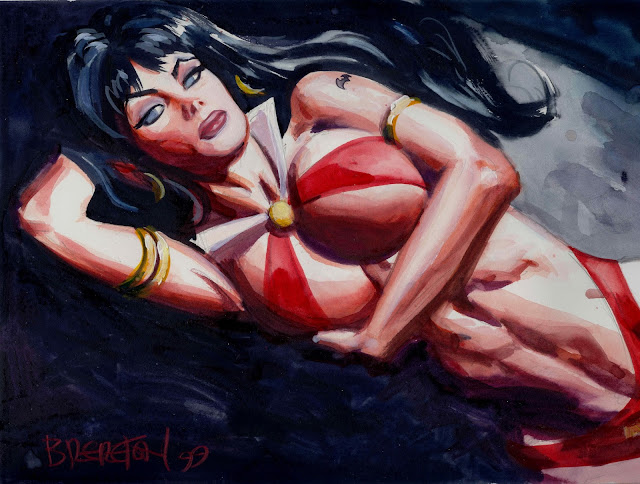